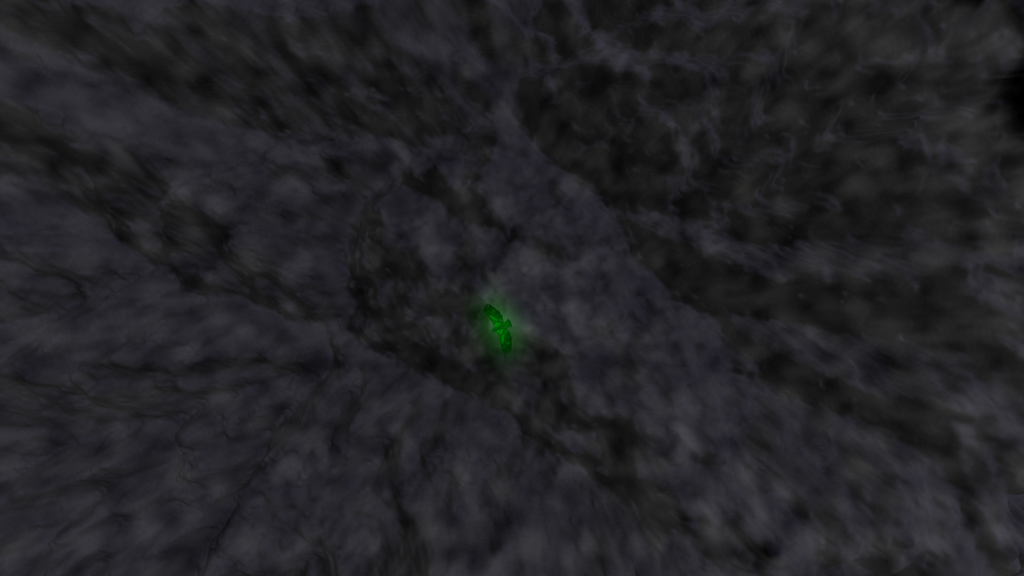 For the second project in Studio 2 this trimester our students were tasked with adapting an artwork from the Gallery of Modern Art in a week. Originally I wasn’t intending on joining in the project. However, as soon as I saw Red Shift by Shane Cotton I immediately changed my mind. Red Shift caught my eye from across the room. That ability to grab my attention made my decision up for me. I would make a game based on it 🙂

Coming up with a concept

Adapting an artwork is something I had previously done with My Poor Retinas. That was quite a different scenario though. In that case there was also a reference videogame to work from. With Red Shift those additional constraints weren’t present. I could make, in theory, anything. 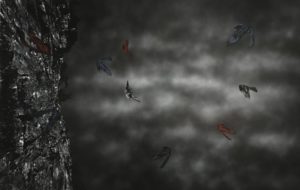 To work out what I wanted to make I wanted to first consider the elements of the artwork that stood out to me. In particular:

Putting the player on the Precipice

Those were the elements that I wanted to capture but just rebuilding the artwork in Unity would not recreate that same feeling of tension. Seeing an artwork in person is a very different interaction to on a computer. Red shift is large and looms over the viewer. I needed to somehow capture that tension in the game.

In the end I chose to switch perspective to look from the top down onto a rugged and barren landscape. The birds would fly slowly in circles above the landscape. A thin layer of fog would slowly rise up obscuring the terrain. The aim was for that fog to create the sense that the birds were under threat. I didn’t feel that would create enough of a sense of threat though.

Iteration on the feeling

The initial design of the player being able to not just halt, but reverse, the descent of a bird lessened the feeling of tension. The player could let go for a time and then always recover. During a showoff of the various games Kira suggested having the spacebar halt, but not reverse, the descent. I changed the bird behaviour accordingly and it made a noticeable difference. Now every second the player let go the birds moved closer to their death. There was no rewinding time.

Did it work though? For me at least the answer is yes. It immediately felt more tense. Once more people playtest it then I’ll find out how well it worked for others.

Communicating to the player

Precipice is a very minimal game. The player does a single thing, there is no win state and the entire game can be over in just 100 seconds. That meant there was very little time to communicate to the player what was going on. I chose to use a single text prompt at the start to teach the player the one and only control. With a suitable font that prompt felt nicely integrated with the game.

The more critical part was communicating the threat the birds were under and communicating when a bird was falling. My solution here was:

The glow was straightforward (I already had a glow effect asset from the Unity Asset Store) and the fog rising was a simple variable change. The transparency and fading to grey was the trickier part. 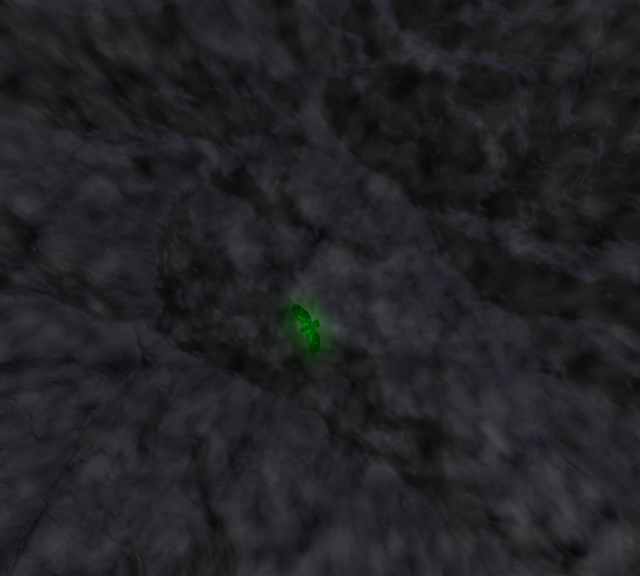 In my previous postmortem I mentioned that I had avoided writing shaders and that in future I would take advantage of any opportunity to write a shader. Good news past me, the opportunity presented itself with Precipice. In particular I needed a shader that could:

I can’t post the full code of the shader here (it interacts with the glow effect which is from the Unity Asset Store) but the process I followed was:

It was a slow process and it did require a lot of iteration, testing and research but it was successful. In the end the shader worked and it communicated the status of the birds clearly to the player. Only one thing remained, audio.

The final element to add was the audio. My approach here was to have multiple tracks. One ambient background track and one track per bird. As each bird fell farther their song would fade out until in the end only the background track would remain. That part was straightforward and easily accomplished using WWise.

I created the individual audiotracks using Garageband on my iPad. For each track I wanted it to sound tense in isolation and also for it to fit in with all of the other audio. The process I used for this was:

The end result was ok but I do feel it ended up a little too discordant. I think the most problematic part was re-using strings (albeit different ones) for one of the birds. In future I would have each track be simpler and also more distinct from the other tracks. That way when the tracks are combined the result would be less discordant and the loss of an individual track would be more noticeable.

Overall, I’m very happy with Precipice. I learned a lot more about shaders which was a goal I had set after My Poor Retinas. The audio, while not fully effective, was on the right track and I have a better idea of what I’ll do next time. Precipice is available on itch.io now.