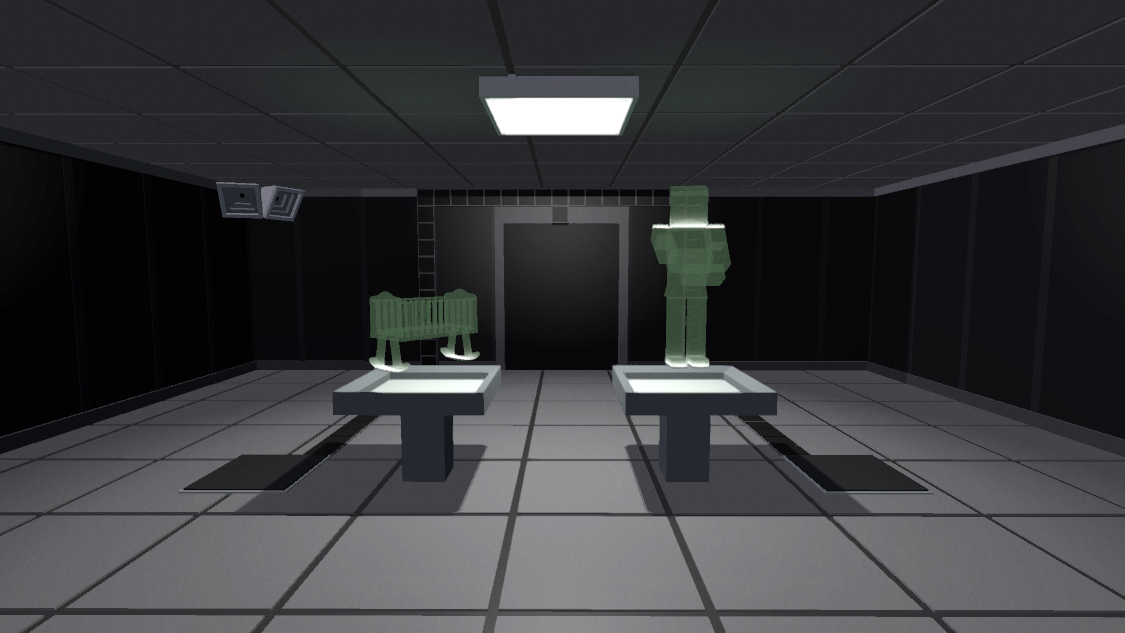 Low Resolutions was my first solo attempt at making a larger scale game. The intent was for Low Resolutions to be a 10-15 minute experience that explored difficult choices and the impact those choices have on the people making them. My aim with the project was to create as much as possible myself to push myself to learn a range of new areas (audio and animation).

Low Resolutions was going to be the largest game that I’d attempted to create largely by myself. That created a lot of potential risks both in terms of the game design and the game mechanics. My normal approach would be to focus on the highest risk items first (in this case the level design and narrative). However, to test the level design I also needed to have some of the high risk gameplay elements in place first (unlockable doors and a companion character).

Because of this dependency I decided to create the core elements first in a test level starting with the unlockable door system and then the companion character. Let’s take a look at each of those elements in more detail.

The doors, from a mechanical point of view, are quite simple. They are a few primitives that are animated using Mecanim and a controlling script that tracks whether the door is locked or unlocked. If the door is unlocked then the door registers the presence of the player or the companion using a trigger volume on either side. If the door is locked then the controlling script ignores any of the trigger volume events. That side was straightforward, but how would the unlocking happen? And how would the unlocking be tied to the choice the player makes? 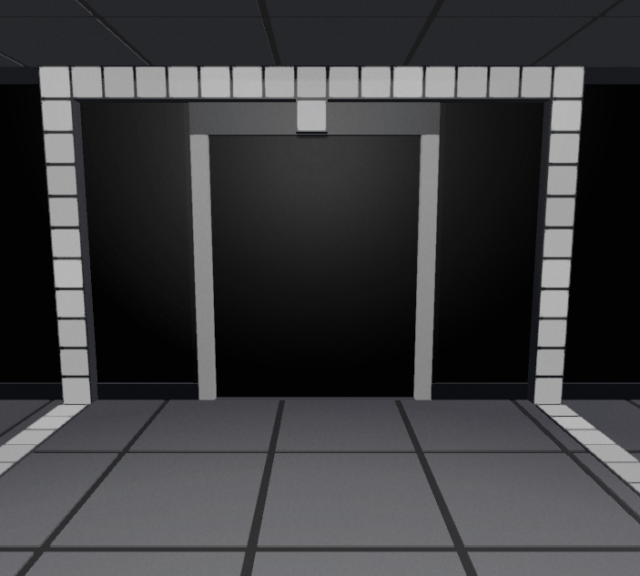 The player needed to be able to make these important choices in the world. And I didn’t want those choices to be a simple matter of pick an option and the choice is immediately made and the door unlocks. A key theme of the game was that these choices were difficult and the player should be thinking about them. I wanted to create the space for that thinking to occur. This meant that the player had to take some action and for a period of time keep performing that action for the door to unlock.

My solution here was to use familiar touchstones and to use a pressure plate (aka. trigger pad) that the player would step on and a series of connecting elements (ant lines) that linked to the door. The ant lines would allow the player to see a visual indicator of their progress. Conceptually the ant lines are simple and follow some basic rules:

Conceptually the process was quite simple. However, my implementation had a lot of issues and it does not work in a way that I am happy with for a couple of reasons:

Why did it end up like this? A lack of planning due to overconfidence. I believed I was very familiar with implementing such a system and could do so without any planning. I was wrong. I made something that worked but it’s fragile and has required a lot of bug fixing that took time away from other areas.

Here’s what I’m going to do differently in future:

The companion character was another area that I dived into without too much planning. However, in this case it wasn’t as dumb as it sounds. Companion AI is something that I have implemented a lot of times and the requirements here were very simple the AI needed to:

All three were areas that I had implemented many times previously so I followed the same approaches I’ve used before: 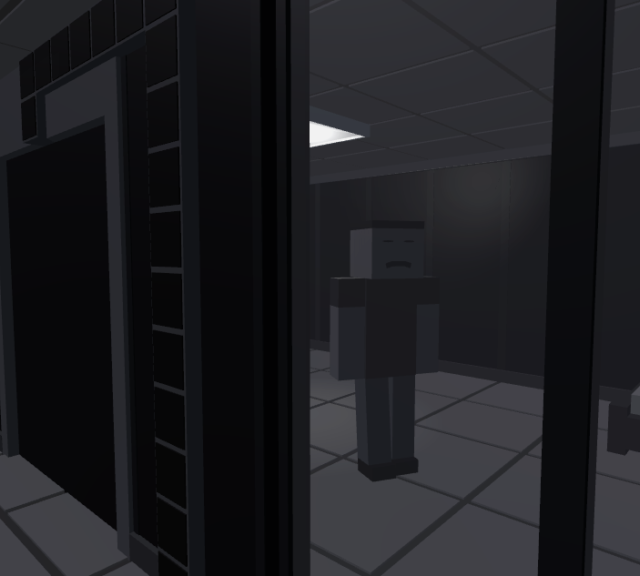 These core behaviours worked very well and the implementation of them was straightforward. The trickiest part was the interaction between the AI and doors. Because the doors could open/close the companion needed to know that a path existed through them. However, the doors also could be locked so the companion needed to ignore trying to move through locked doors. The solution here, which I’ve used previously, was:

Overall I’m very happy with how the companion behaves. The finite state machine worked well and the AI was able to patrol and play animations reliably. The door solution, while not optimal, also worked well enough to allow the companion AI to move reliably through the world. However, there are some things that I would do differently in future:

Early n in development I setup my own level scripting system. That system was able to do two main things:

The antlines, doors, trigger pads and the AI were all setup to support this custom level scripting system. However, the system was very basic. It functioned by finding things by name and then using reflection to call functions and set variables. It did work but typos would result in errors and seeing all of the pieces of how the scripting fit together was problematic. 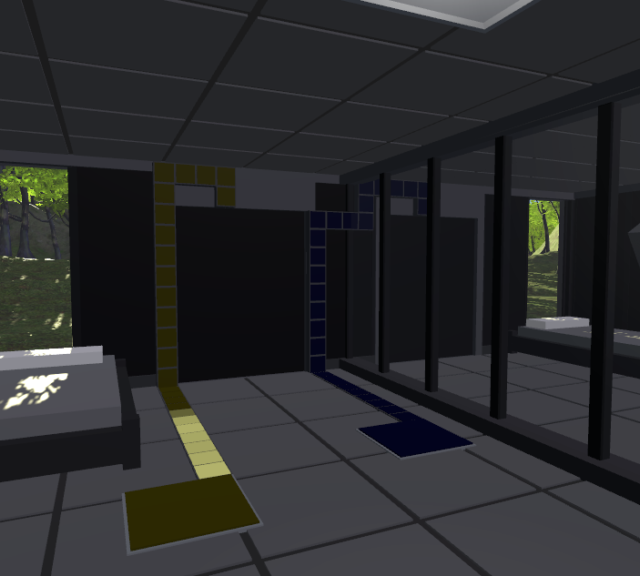 Part way through development I integrated a plugin called Fungus. Fungus is a visual based scripting system that provides a lot of functionality in particular for conversations. I was going to need the ability to display basic conversations and I didn’t want to develop my own system so it seemed a good option. The more I used Fungus though the more I realised it could do everything my own scripting system did and a lot more and it did everything better.

The end result of this is that in the final game there is very little of my own scripting system left. Any bugs that I ran into with my own scripting system my solution was to move that logic over to Fungus. Any new scripting was setup using Fungus by default. The choice to do that rather than persist with a system that mostly worked turned out to be a good one. Fungus was the far better choice for many reasons:

Going forward I’ll be fully removing my initial scripting system in favour of Fungus and setting up tight integrations with Fungus for areas such as the companion AI. So far I have only made limited use of the event system in Fungus and this seems like a good area to make more use of as well. That would allow me to integrate the code in a more user friendly way with Fungus rather than having the scripts explicitly running a block (which is also more prone to typo related errors).

Deciding on the difficult choices that the player would make was not easy. My main goals with the choices were: 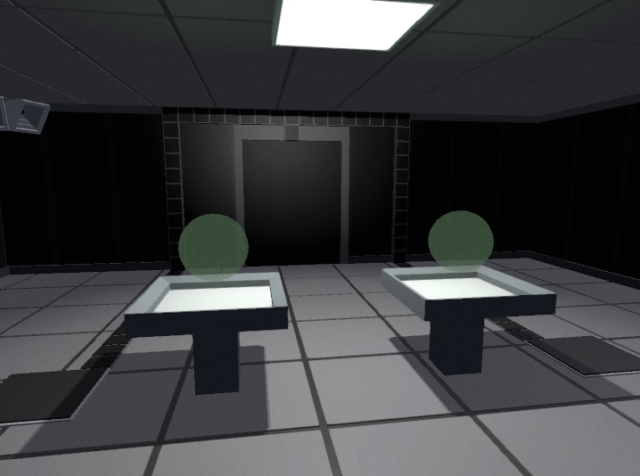 This wasn’t an easy process. Not only did I need to work out what choices the player would make I also needed to convey those choices in a suitable way. That meant writing dialogue which is not an area that I have much experience with. My approach to working out the choices was:

Overall the process worked well. It wasn’t a fast process but in part I put that down to my inexperience at narrative design. I’d like to say that by the end it did get easier but I don’t feel that it did. However, I do feel I have a better understanding of the scale of work involved and how to approach it in a way that works.

This is an area that I want to get better at. As a result my future plans involve doing a lot more of this. The more I engage with the narrative design area, the more feedback I get and the more I try to learn about it the better I will become. Essentially: research, practice and feedback.

Throughout the development I had done regular playtesting of isolated sections. Both testing it myself and having others test it. Once all of the pieces were integrated then I setup to have a much larger scale playtest involving several people. For that playtest there were several things I was looking for:

As far as emotional impact and how people felt about the characters those questions I asked directly. For the struggling with choices my approach was to ask general questions related to the decision process. I did also ask people if they were left or right handed. The reason for that was if people were making a choice because they had to rather than for a specific reason, were they biased towards their dominant hand. 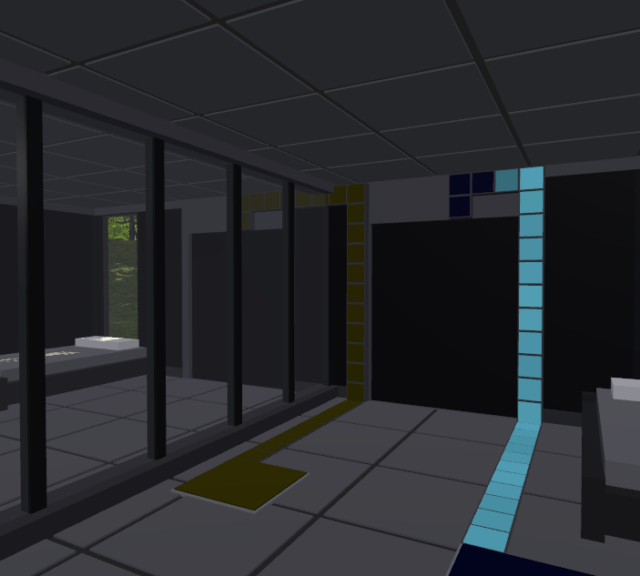 How did the playtesting go though? Great. I got a lot of feedback telling me that people felt nothing for the companion and the choices didn’t weigh on them much. Why is that great though when I was specifically wanting there to be impact? It was great because the feedback was clear and very detailed. All of the playtesters provided a lot of very useful feedback and suggestions that meant I had the foundations needed to make the game have the impact I wanted.

I still believe I could have approached the playtesting and feedback better. It didn’t get to me that people weren’t being impacted by the game. The game was failing to do it’s job right and as it’s creator my job was to trust that feedback and fix the game so it could impact people. The main improvement with playtesting though would have been to start it earlier. Rather than waiting to the end I could (and should) have playtested months earlier. That would have saved me a bunch of rework and given me more time to further refine and iterate on the game.

The feedback from the playtesting very clearly revealed that for all of the playtesters the game was failing to create the response in players it was intended to. No one felt any connection to the companion character or any difficulty with the decisions. Both were a substantial failing on the part of the game and needed to be fixed. The difficulty was in how to fix them. I wanted to keep my fixes very focused and if possible wanted to avoid a substantial rewrite of large sections. My solutions here were:

Overall the fixes worked well. The next round of playtesting and feedback received substantially better results. People were being impacted by their choices and were struggling to make them. That was the result I was aiming for and the game was finally achieving the desired result and was ready for release. 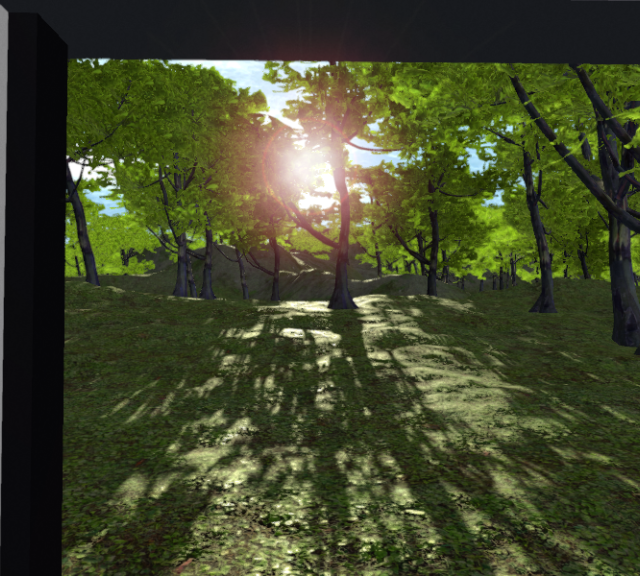 However, there are some further improvements going forward. At the moment the auto closing of the dialogue is based on a fixed time. It doesn’t relate to how long the text is and does not provide any ability for the player to customise the time. That is a huge oversight as everyone has different reading speeds. By not providing people the ability to change those speeds I’m potentially isolating a section of players that read at different speeds. Going forward that is something that I intend to fix with both a user override and an automatic system based on the number of words.

Overall I’m exceptionally happy with Low Resolutions. It was the largest solo game project I have attempted and pushed me out of my comfort zone on many different fronts. I learned a lot in the process of developing it and I’ll be able to take that learning through into my next projects.